The EU Admitted that the Baltics are Dying Out 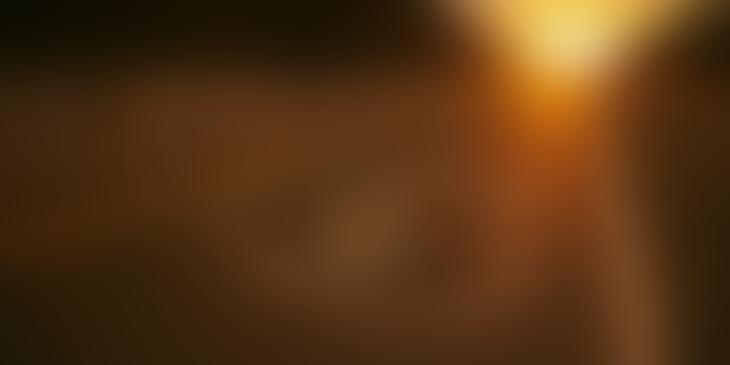 The EU Admitted that the Baltics are Dying Out

The depopulation of these countries is a fact proven by official European Union sources. Latvia and Lithuania are irreversibly becoming European outsiders on all social and demographic parameters, and in population death rates, they surpass even crisis-struck Greece, and are only slightly better than Bulgaria. However, the whole world is discussing the Greek disaster, while Latvia and Lithuania are dying with the Baltic restraint and orderliness, trying not to attract the attention of their European colleagues to their deaths.

Eurostat, the European Union’s official statistics agency, published a report on the demographic situation in the European Union as it was in 1 January 2015. According to this report, during last year, EU’s population increased by more than a million people, totaling at 508.2 million.

Specifically, the population increase took place in the wealthiest countries of Western and Northern Europe. So the absolute demographic leaders in the EU was Luxembourg: according to the statistics agency, the population growth was 23.9% per a thousand people. Next on the list are Sweden, Malta and Austria.

The leader in depopulation were the “chronically ill” South Europeans – Cyprus and Greece. And after them, with a slight drop were Latvia and Lithuania. The third from the bottom was Latvia, whose population decreased 7.7‰ per thousand people, Lithuania — 7.6%. The Baltic countries were also top of the anti-ratings of EU countries, where death rates outweigh birth rates. And in terms of overall death rates, Latvia and Lithuania are behind only Bulgaria: where, in 2014, the death rate was 15.1% per a thousand people, while Latvia had 14,3‰ and Lithuania - 13,7%. Death rates in Latvia and Lithuania are higher than birth rates by 3.4%, the only ones worse than that in the European Union are the natural mortality rates in Bulgaria and Romania. In the crisis-ridden Greece, whose disastrous situation is being discussed by the whole world, has lower natural depopulation rates than the Baltic countries.

Translating that from statistics lingo, those numbers mean that Latvia and Lithuania are dying out and this fact is documented by official EU agencies.

Except the Baltic politicians, unlike the Greeks who shout of their problems, are desperately trying to save face and doing everything they can so that the Western mass population wouldn’t focus its attention on the poor state of their countries. That habit of blowing smoke in their eyes has set in over the decades: you can’t talk about problems and ask the EU for help like Greece. The Baltics are still the shining examples, still the paragons, even though the Latvians and Lithuanians are dying out faster than the Greeks. It is all right, as long as those, who need to be convinced that Baltics are an example to follow, don’t find out.

The best case scenario for the Baltic leaders is kind of like this: let most of the common Europeans don’t even know what or where Latvia and Lithuania are, and the specialized minority (European politicians, Brussels administrators, journalists, economists) are gripped with the myth of the “success story” of the progressive new democracies on the Baltic shore.

But there are problems with the second part of the formula.

From the official European Union sources, it is clear that in Brussels, everyone who is “in the know” about the Baltic countries, realizes that these countries have no future and they can serve only as a measure of failure, and not success.

For example, in Spring, the European Commission published its study and forecast on the demographic situation development of Europe up until 2060. According to this European Commission forecast, in the approaching 40 years Lithuania and Latvia will remain the absolute record-holders of depopulation within the European Union: their population will drop 38% (Lithuania) and 31% (Latvia). The Baltic republics are predicted to have an even bigger demographic catastrophe than Bulgaria (minus 25% predicted) and Greece (minus 23%). The cause of this drop can be seen today from official EU statistics. Average wages in Lithuania and Latvia are 526 and 561 euro respectively, lower wage can be found only in Romania and Bulgaria. Lithuania also has the most suicides in Europe. Latvia is ranked last among social protection funds, including support to households with one parent. 33% Lithuanians and 36% Latvians live on the verge of deprivation – a psychological state, resulting from the lack of funds to satisfy even the basic needs.

And all of this is from Eurostat and other European statistical agencies.

During all of the post-Soviet period, Lithuania lost 28% of its population and Latvia lost 27%. Depopulation at such a scale is not just a European, but a world record.

And various polls show that more than a fourth of the population wants to emigrate from these countries. Other polls show that a clear desire to return to their homeland is displayed by no more than 20% of emigrants. One in thirty Latvians and Lithuanians are living in England now. The absolute majority is not even thinking of going back to Latvia or Lithuania – they aren’t even planning to remain Latvians and Lithuanians. They will give their children local names, try to talk the local language at home – trying not to just integrate, but assimilate.

“Concerning new emigration, then a significant part of emigrants no longer wants to associate themselves with Latvians on a social and cultural level. This is tied to frustrations, unfulfilled hopes of a national state and national “togetherness” instead of which they got a triumph of material interests, greed, extreme individualism and the non-desired communication with their own, or others,” said professor Leons Taivāns of the Latvian University’s humanitarian faculty, while predicting his people’s extinction.

“As studies show, the third generation of emigrants no longer know the Lithuanian language. The half a million Lithuanian emigrants in late 19 – early 20 century are now gone without a trace. At the end of World War II, in Summer and Autumn of 1944, along with the retreating German army around 60 thousand Lithuanians went West. First they lived in Western Europe for a few years and then left for USA, Canada and Australia. And who came back? Only a few,” adds professor Liudas Truska of the Vilnius University’s history of Lithuania faculty.

The Baltic countries’ degradation resulted in the depopulation of the last remaining nations of the Baltic group – Latvians and Lithuanians. The titular nations of Latvia and Lithuania are steadily disappearing: the young generation is emigrating to more wealthy countries and their children no longer know the national language and culture of their parents, and the old generation that remains in the Baltics cannot reproduce.

The Baltics are dying out, and this is not a metaphor, but a medical fact. And this fact is obvious to those who study the Baltic countries, even in the European Union. According to Latvian demographer Ilmar Mezhs, by 2050-2060 the number of immigrants in Latvia will be equal to the number of locals, and will then surpass it. This is considering that the immigrants will come to Latvia and Lithuania without any state stimulation – the ethnic structure will still change naturally.

And this year, the European Commission proposed new quotas for migrants from EU countries. Is that why the Baltics countries are scared of these quotas the most, because they understand that: they are not the UK, not Sweden, not Italy? Their dying native population is categorically unable to adapt and integrate the flow of Africans and Arabs.

So all of this desperate unwillingness of Latvia and Lithuania to accept Third World refugees is a conscious choice: they realize that they are dying and want to do so slowly and calmly, rather than instantly.