An elite’s neurosis: Lithuania on the verge of an internal political crisis. 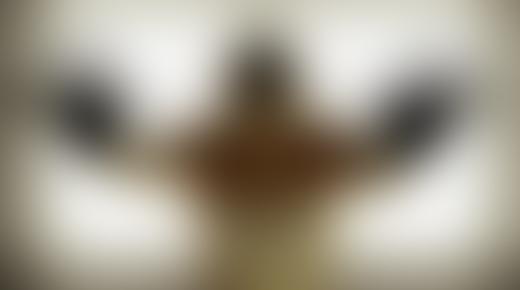 An elite’s neurosis: Lithuania on the verge of an internal political crisis.

Lithuania’s elite is far from its best state at the official start of the presidential campaign. The head of the state offers excuses in response to the “speculations” of Russian mass media, the government is criticizing the secret services for “going overboard”, the Seimas speaker is in almost open conflict with Grybauskaite. The country presiding in the EU Council is on the verge of political crisis.

It is obvious that presiding in the EU Council and performing the democratic “enlightment” in countries of Eastern partnership is a burden not as featherweight as Lithuanian politicians imagined. Looks like the countries leaders have are descending into a political neurosis. – How else could one explain the recent series of events?

It is surprising that the president of Lithuania who always called for the maximum distance in relations with Russia now comments on our humble portal after we were just thinking out loud. And as a bonus our portal is now labeled as a “Kremlin mouthpiece”. In the article “What Grybauskaite is afraid of… or Lithuania’s State Security Department shoots itself” RuBaltic.Ru just honestly admitted that they had no idea what Grybauskaite feared. It seemed that all the secret facts from Dalia Grybauskaite’s biography were already known, so one could only guess at what other ugly facts could be hidden in this situation. As a simple assumption it was noted that theoretically this “scary” fact might have been connections of the future Lithuanian leader with KGB back in her university days in Leningrad. The portal did not insist it was exactly how it happened. Furthermore, it’s understandable that a person would like to avoid publicizing certain moments of their past, yet one moment still remains unclear no matter how you look at it:

Why draw public attention to something which was labeled as slander and propaganda in advance? Why would a president of an independent country offer excuses and entertain provocations when, as you gathered from Mrs. Grybauskaite’s words, there is nothing even to talk about?

This is seriously starting to look like a neurosis, which grows stronger when there are no rational or realistic arguments left. This happened in Lithuania before, like in 2008 when the Kurier Wileński newspaper was “punished” for printing the article “The Poles’ and Lithuanians’ views on the period between the First and Second World Wars” by Polish professor Krzysztof Bukowski. The paper lost its government funding immediately afterwards. In 2012 there was another big media scandal when on the day of the planned broadcast of Ruta Janutiene’s program about Grybauskaite’s past it was taken off schedule and its authors lost their jobs. Other events in the same vein: banning “First Baltic Channel”, pressuring the “Komsomolskaya Pravda”, and searches of BNS journalists. And while the former two examples can be justified with the “holy war” with Kremlin propaganda the latter case of the Baltic News Service cannot, cause it owned by a Scandinavian parent company.

Secret services of the country presiding in the EU Council are at war with their own European partners!

Here it becomes apparent that the “secret memo” of the SSD became more than just a memo, it awoke such political typhoon that the Lithuanian government could not brace. The BNS journalists have already become a symbol of this as they applauded outside the Special Investigation Service building, much like the Belarussian opposition in Minsk, for its “achievements” in fighting pen and keyboard workers. It is Interesting to note that after meeting with Grybauskaite, SIS director Žydrūnas Bartkus apologized to the journalists and the president declared that the SIS must do an internal investigation of its actions. Pretty strange steps, considering that Lithuanian secret services obey the president of Lithuania and the heads of these structures were appointed by Grybauskaite.

So it turns out that the president first gives the «go ahead command» to the searches and interrogations of journalists and then appears as the protector of justice and calls the head of the Special Investigation Service to repent for his actions. Doesn’t this seem like a stage play to cancel out the inconvenient events of the last few days?

The situation is worsened by the new frank “well-wishers” of Grybauskaite, such as the new Seimas speaker Loreta Graužinienė. A close compatriot of Viktoras Uspaskichas, Graužinienė takes any opportunity to remind the president of the “black accounting”, adding a dash of absurdity to the already tough situation at the top. The Seimas Speaker never misses the smallest of chances to take a stab at Grybauskaite, be it lecturing her on “truancy” of important international events or calling the disgraced Rolandas Paksas “president”. Aside from these amusing antics Graužinienė openly intrudes on the competency of the president and her team. Despite conservators’ efforts last week she passed amendments that will allow the Seimas to fire the Attorney General if Seimas members do not approve his annual report. Grybauskaite already called these amendments unconstitutional, but Attorney General Darius Valys already had his report unapproved and the Seimas is preparing the resolution in which the President goes to discard the Attorney General.

This is the state in which Lithuanian leaders approach the most important election campaign yet. The next step in the brewing tension inside Lithuania is a political crisis. And this whole ordeal began with concerns of Grybauskaite’s provocative past. An attempt at a preventive move turned into an uncontrolled development which has drawn in, if not roped in, all the main political actors.

But even if it turns out that the Lithuanian president indeed was “friends” with KGB, that won’t send the sky crashing down. George Bush Sr. was director of the CIA and Vladimir Putin was director of FSB. No one hid those pages of the presidents’ biographies. And it is not out of the ordinary for Lithuania as well, for example the ex-director of the State Security Department Arvydas Pocius and ex-head of Foreign Affairs Antanas Valionis were both KGB reservists. And as we know, there is no such thing as a former KGB agent. It’s time we got used to that.