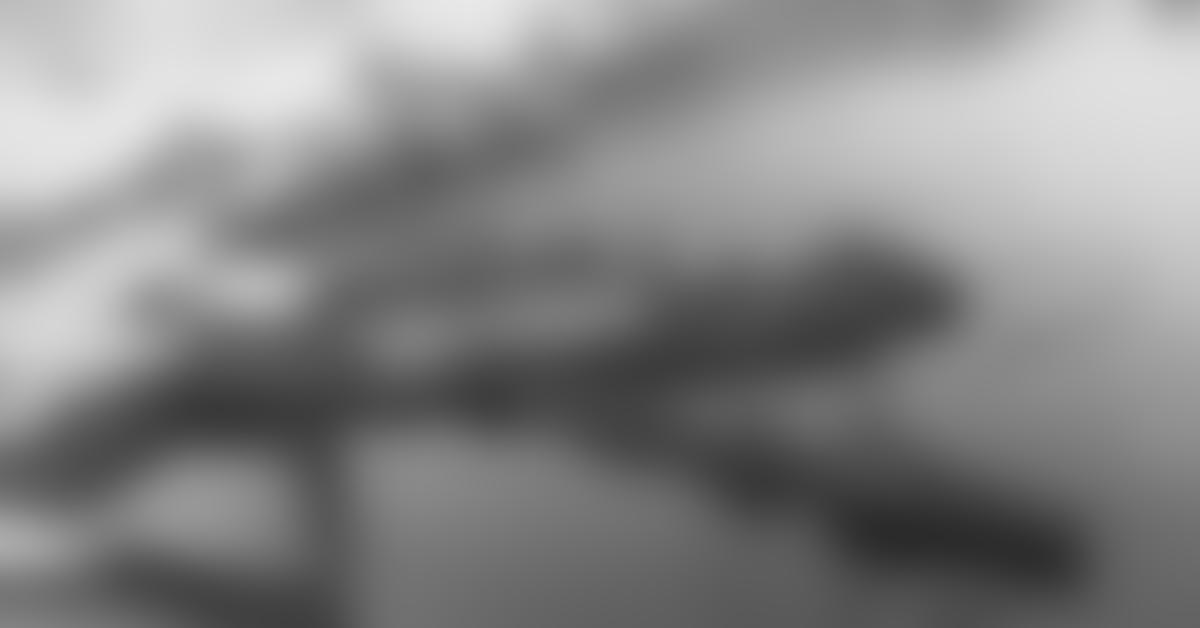 80 years ago, Nazi Germany began their operation to conquer Denmark and Norway. During which, the Nazis managed to occupy these countries with minimal losses, showing their superiority over the local armies, as well as the allied British and French troops. As noted by historians, by occupying Denmark and Norway, Germany protected themselves form a possible attack from the North, set up ore transit from Sweden and got a new entry to Soviet borders. At the same time, the naval part of the operation was not as successful, which, according to experts, influenced Hitler’s decision to delay the invasion of the UK and accelerated the aggression towards the Soviet Union.

9 April 1940, the Nazi troops started their invasion into Denmark and Norway. Official Copenhagen capitulated that very day, and the complete surrender of Norway took Hitler a little over two months. The success of the Scandinavian operation strengthened the Nazi positions in Northern Europe and ensured the safety of Swedish resource routes for the Third Reich’s war industry.

The background of the Nazi invasion of Scandinavia can be traced back to the early stages of World War II, as stated by historian Alexander Mikhailov, a specialist at the Victory Museum told RT.

According to him, while the Third Reich was attacking Poland, Britain and France engaged in the so-called Phoney War. In 1939, the French-British troops invaded a few kilometers into German territory and then rolled back to the Maginot Line, after which active combat temporarily stopped. However, both sides knew that it was only a matter of time before the war would shift into its active phase.

“And the British and German command were devising strategic plans that would give them more beneficial positions for the incoming war. Unlike Britain, Germany did not have colonies and dominions, so Berlin turned its attention to Scandinavia, those countries had the strategic resources that Germany required, specifically, iron ore.” notes Mikhailov.

Before World War 2, the Scandinavian countries tried to remain neutral. On 31 May 1939, Denmark signed a non-aggression pact with German, and Norway was sure that their country was well protected by the sea, so they saw no need in such a pact with Berlin. Sweden, despite its neutral status, showed readiness to work with Germany, including economic cooperation.

“Just like the British, the Germans saw the territories of Norway and Denmark as an important foothold, which would cover the Third Reich from the North and allow them to control the North Atlantic coastal zone. In addition to that, it would be a possible launch site for a blitz into the Soviet Union.” noted military historian Yuri Knutov in his talk with RT.

At the end of 1939, London started pressuring Oslo diplomatically into setting up an economic blockade of Germany. At the same time, they started developing plans for a possible invasion of Norway in order to cut off the Third Reich’s trade routes into Sweden. This would have had disastrous consequences for the Nazi military industrial complex.

According to specialist estimates, around 30% of the metal, which was used for Germany’s cannons and tanks during World War II, came from Sweden. In some cases, the Swedish shipments were practically irreplaceable. In addition, Stockholm gave Berlin international finance and transit services.


27 January 1940, the Wehrmacht high command issued a directive for a operative strategic plan of a Scandinavian invasion. The planning process was sped up, after on 16 February 1940 near Norway’s shore the British destroyer HMS Cossack captured the German Altmark tanker that was transporting British POWs. The Norwegian army preferred not to interfere.

According to historians, this made Hitler furious and made him order the direct preparations of the Scandinavian invasion. The Nazis main goal was Norway, however, in order to facilitate the German airborne assault, they needed Denmark’s airfields and the guarantees of safe passage by Danish shores.

The Danish-Norwegian operation by the Nazis was codenamed “Weserübung” and began on 9 April 1940. In the early morning hours, the German embassy gave the Danish MFA a memorandum stating that they intend to occupy the country, after which the Luftwaffe planes and Wehrmacht units crossed the border.

“There was no organized resistance to the Nazis in Denmark, only random firefights.” says Yuri Knutov.

According to the historian, the Danish troops opened fire on the Germans on the border posts and then quickly retreated. In addition to the land invasion, the Nazis also deployed seaborne and airborne troops. German troops appeared right in the center of Copenhagen, took over the telephone station, customs office and the fort. The Danish troops and officials were locked up in basements.

After the German command warned Denmark of the start of the bombings, King Christian X gave the order of capitulation. The king addressed the nation in a radio broadcast and asked the people not to oppose the Nazis, after which they started demobilizing the army.

“It took them a few hours to occupy Denmark. It was an occupation that lasted from breakfast to lunch. The Danes had their first meal before the war. And the next meal was already when the war ended.” as Academy of Military Science member, reserve colonel Andrey Koshkin told RT.

9 April 1940, a few hours after the invasion of Denmark, German troops started their invasion of Norway. The border guards and British ships at the Scandinavian shores tried to fight back, however, the German troops quickly took Oslo and few other Norwegian cities.

The Nazis tried to capture and kill Norwegian king Haakon VII. However, he was saved by the remaining loyal troops. After Sweden refused to give him refuge, the monarch hid in the forest until he was found by British troops who landed in Norway.

12 April 1940, the first Scots Guard troops of 24th Infantry Brigade (UK) were sent to Narvik, later joined by other British, French and Polish units. However, the movements of the various allied units and the Norwegians were not coordinated amongst themselves, which dealt for a sharp blow to their effectiveness.

24 April, the Germans delivered a strike at the Western allies and the Norwegians, causing them to retreat and flee. Later, even Winston Churchill would admit that in the Norwegian campaign the Germans surpassed them in planning, leadership and energy.

28 May, the allies made one last attempt to attack around Narvik and even managed to push the Germans back a bit. However, the start of Hitler’s grand offensive in Western Europe forced London and Paris to withdraw their troops from Scandinavia. On 10 June, Norway official capitulated, after which the whole country was occupied by the Nazis.

Weserübung was an example a well-planned and decisively executed operation combining all three types of armed forces. The Germans showed their supremacy over the allies in the military arts, high command and HQ preparedness for complex actions on both the strategic and tactical levels, the battle training of the land troops, air force and navy,” writes Sergey Patyanin in his “Weserübung. Norwegian Campaign of 1940” book.

According to Yuri Knutov, the difference in losses during the Danish-Norwegian operation was in the Nazis’ favour. During the conquest of Denmark, 2 Germans died to 16 Danes who died. In Norway, the Nazis lost around 3.7 thousand people, mainly during the sinking of ships in battle. The total losses of the allies was around 4 thousand killed.

“The only field where the Germans’ losses were more than the British-French troops was the Navy. The Germans specifically lost a lot of auxiliary ships.” notes the historian.

Occupying Denmark and Norway in early summer of 1940, Germany protected themselves form a possible attack from the North, set up ore transit from Sweden and got a new entry point to Soviet borders, as well as allowing them to control the North Atlantic coastal zone, says Knutov.

“The Norwegians and Danes gave the Wehrmacht a big part of their weapon supplies, ammunition and provisions. There was an opportunity to use the occupied states’ industrial power with all of the factories and natural resources. In addition to this, which is not insignificant, the Wehrmacht reinforced their faith in themselves for further aggression.” notes the expert.

According to him, both occupied countries saw a rise in collaborationist attitudes. The Resistance was not as active in 1940 to 1942.

Norwegian and Danish industries worked during the occupation in the interests of the German military industrial complex, construction firms built fortifications and farmers sent produce to the Wehrmacht.

Many Danes and Norwegians were active volunteers for the Waffen-SS. Scandinavians made up the SS Units Nordland and Wiking, as well as separate protection battalions. They fought in the Soviet Union and Yugoslavia.

As the occupation conditions grew harsher and the turning tide of the war in 1943, the Resistance in Scandinavia lit up with activity.

7 October 1944, the Soviet troops started the Petsamo–Kirkenes Offensive, which saw the North of Norway liberated from the Nazis. The German troops in the South of Norway and Denmark capitulated in early May 1945.

The Danish-Norwegian operation had a significant effect on the course of World War II. On one hand, Hitler was once again assured in the combat prowess of his troops, on the other, he was seriously worried about the significant naval losses during the invasion of Norway. He realized that he was not ready for an invasion of Britain and poured more effort into his attack on the Soviet Union. However, the Eastern Campaign, as we know, did not go as well as it did in Norway. There would be ono more easy victories for the Nazis.” Yuri Knutov summarizes.