Mikhail Khazin: Vilnius summit failing is a sign of the EU crisis 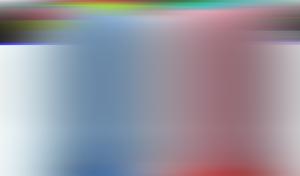 Источник изображения: www.marxist.com
Mikhail Khazin: Vilnius summit failing is a sign of the EU crisis
In the capital of Lithuania, we have been given the answer to the main European political intrigue of the last months. The Vilnius summit of the Eastern partnership has failed – the Agreement on Ukraine’s associate membership in EU wasn’t signed despite the numerous behind-the-scenes bargaining between various European leaders and president Yanukovych. And not long before the summit, Armenia declined signing a similar document with the EU. Mikhail Khazin, famed Russian economist and president of the “NEOCON” expert consulting company believes all of these Brussels fails are a manifestation of a general crisis of the EU. Moreover, the expert thinks that the way out of this crisis is not an expansion of the EU, but a “dissolution” and reunification on new levels that are adequate to the challenges of world economics.


- Mikhail Leonidovich, the Vilnius summit of Eastern partnership ended up doing nothing for Ukraine. Kiev continues to try and sit on two chairs at once and Brussels is trying to leave only one European chair. In your opinion, why does Europe need Ukraine so much?

- The need for Ukraine not to be with Russia. The thing is that all of modern Western political culture lives in the frame of a certain mythology created in the 1970-1990s. Brzezinski said it most vividly: as long as Russia has Ukraine – it’s a political player of world scale, if Russia is without Ukraine – it’s a second-rate Asian country. Whether that’s right or wrong in our case is completely unimportant. What’s important is that it’s a policy that modern Western elites follow.

It’s this mission of separating Ukraine from Russia that they’re undertaking. And among themselves, they don’t even hide it.

But here we should mention more subtle aspects: many forward-thinking people, including Brzezinski, lately have been saying that the West’s main goal is to help build up Russia, because they need a natural geopolitical counterweight to China in Eurasia. India is not fulfilling that role at the moment.

Based on that, I am inclined to assume that many American politicians are willing to give Ukraine geopolitically to Russia. With that said we must understand that the current European Union is deeply provincial it its political thought because it has lived in the realities of decades ago. There are multiple reasons for that. It has to do with Brussels bureaucracy – every bureaucracy is extremely conservative. And also, the future is created by strong personas who pull the mass along, while in Europe everything is decided by consensus, so these personas are forced to be pulled along with the mass.

- Verily, even concerning Timoshenko there were noticeable differences in approach between the US and the Eastern EU members. Washington took a firm stance that signing the Agreement without freeing the opposition leader was impossible, while Lithuania as the country presiding in the EU shot down a similar resolution in the Seimas and considered it bad for the European future of Ukraine. By your words, these countries are lagging behind current US foreign policy?

Concerning Timoshenko, I draw attention that Germany, till the very last day didn’t say whether they’ll sign the Agreement.

Yes, there were people who said that on geopolitical motives they must sign, but in corridors they said: “If it turns out we have to pay them – we won’t sign it”. And Ukraine said “Give us money”. And Germany declared that this is not even worth discussing.

These are geopolitical motives, what are the economic ones?

- The current European Union has grave problems, which surprisingly are similar to USSR’s problems in the late 1980s. The crisis is already strong enough that you can’t live by the old rules. The EU has no mechanism for life in the falling economy state, centrifugal forces start up. So the only thing to ideologically unite the EU is the idea of expansion.

And I repeat – ideologically. Because they are not going to include Ukraine into EU. It’s just an idea that’s actively propagated.

With that they don’t understand that Ukraine is in a dire economic state and its local refusal of eurointegration is because Russia made it clear that we don’t pay facilities to EU Associate members. So no one wanted to hurt Ukraine, they just wanted to take it off the payroll and in its current economic state that would be unacceptable. Yanukovych never even read the agreement, he acted purely on his own ideological dogmas. And Ukrainian political elite’s dogmas are tied to Europe. But as soon as he was explained the real deal – Galzyev arrived, underlined some contract articles and explained what that would lead to – Yanukovych declined.

The problem of this Summit is that the whole system of relations in the conglomerate of Russia, EU, US and Ukraine lives by the rules which were established before the crisis and which are not adequate to this crisis.

- The Association agreement was never signed in Vilnius, which meant Europes economic and geopolitical goals weren’t reached. Do you see this fact as a manifestation of a crisis of EU’s foreign policy?

And as a result all of this appears in problems in foreign policy because the EU is not capable of handling an internal crisis of this scale.

- But if Ukraine continues the path of eurointegration it’s obvious that the leaders of the country won’t be as complaisant as the Baltic States. Kiev’s unpredictability showed even around the Eastern Partnership summit. Do you think the EU doesn’t realize or isn’t afraid that Europe might get infected with “ukrainazation” of the political process?

- The European Union already has problem states for Brussels. Poland has an actual national elite which fights for its best interests. There’s also Hungary which is almost starting to be scary with its open blackmail. And there they also have a strong national elite.

Another problem state for Brussels – Greece. Here it’s obvious, Greece just has the biggest debt crisis. And there’s Spain with 60% unemployment among the young.

And of course, there’s the United Kingdom with its problems, Scotland and constant confrontation with the continental elites.

So the EU has enough internal problems even without Ukraine and no one was planning to accept them there in the first place.

- When talking about Ukraine’s association with EU usually it is discussed who of the politicians outplayed who. But it’s more interesting whether the people of Ukraine won out or lost out from the fact that the agreement in Vilnius was never signed?

- From an economic standpoint Ukrainian society definitely won out from such an outcome of the summit, because the Agreement on association was absolutely shackling

But the problem is that the Agreement could be rewritten not to be shackling. In this situation absolutely everyone lost out, because you can’t go forward while facing back. All these ideas of expanding the EU, associated membership assume that everything will be like it was. But we entered a new state - the economic crisis will continue, living standards will keep falling and etc.

Only yesterday, I wrote a text on what’s the difference between EU and the Customs Union. In it I said that EU’s main problem is that over the last decades they have created a system of laws which assumes the existence of some resource to be redistributed within the Union.

This system of laws can’t be radically changed because there is a colossal amount of crosslinks. To correct it and make it adequate to current circumstances it needs to be abolished completely and a new round of talks started on the new rules between countries.

If all this work will be done, then I allow that countries that weren’t members might join the EU. But also the one of Brussels great fears will come to pass - eurobureaucracy will disappear,

So in the Customs Union such work has been made in 1988-1991. First the Council for Mutual Economic Assistance fell apart, then the Soviet Union, and the recollection process is on, but on completely different conditions. So the EU must, figuratively speaking, fall apart and then gather together and write the EU principles taking the current situation in account.