Sevim Dağdelen: The Baltic Governments’ Behavior Towards the Press Is Cowardly 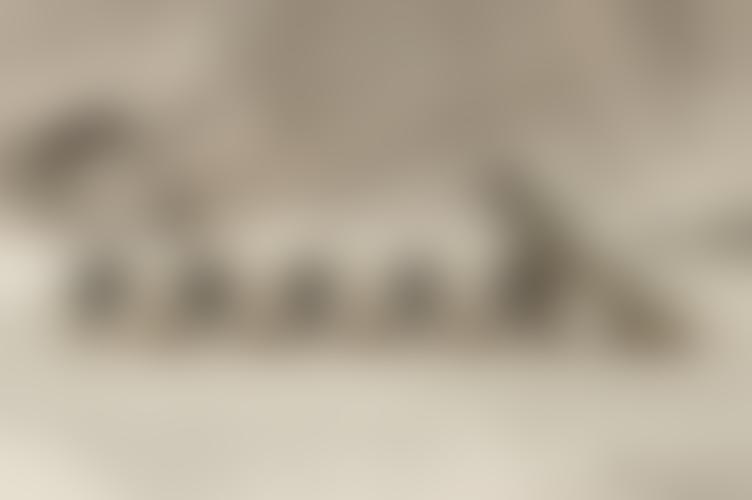 The Russian-language media in the Baltics and Ukraine experience constant pressure from the authorities. For not following the government talking points the TV channels receive warnings and get shut down, while “undesirable” people are declared personae no gratae. How does this run with the freedom of speech and the press, RuBaltic.Ru discussed with a journalist and a German Bundestag member Sevim Dağdelen:

- Last year, Lithuania shut down Russian-language TV channels RTR Planeta and NTV Mir Lithuania for three months. Latvia did the same with Rossiya RTR. They cited propaganda and bias over the situation in and around Ukraine as the reason. Last month Lithuania shut down Ren TV Baltic for three months, invoking the same intentions, and the Lithuanian TV and Radio Commission again had initiated similar procedures against RTR Planeta and NTV Mir Lithuania. How would you comment on that? How do you view Lithuanian and Latvian actions towards Russian-language TV channels?

- I’m not familiar with these specific media outlets. But I have to say to you that my feelings are that the German mainstream media did not report about the shutdowns of these Russian language TV channels. I am not more surprised about this, because the German mainstream media are very biased in the coverage of Eastern European affairs. It seems, everything that helps boost NATO interests and harm Russian interests in their perception is supported by the German mainstream journalists. In democratic societies differing views should be able to compete with each other and the citizens – and in the Baltic special case, the non-citizens, too – should decide for themselves, which TV station they want to watch and which not.

The Baltic governments should ask themselves, why so many people in their countries apparently don’t identify themselves with these nation states, where they were born.

The governments should focus on social justice, economic development, and integrating all minorities in their homelands and not try to exclude opinions by imposing bans.

- In 2013, likewise Lithuania shut down First Baltic Channel and ultimately, in 2014, fined it for 3.600 euro for airing opinions on the 13 January 1991 events around the Vilnius TV tower, which differed from the official Lithuanian point of view. Can differing views on historical events be reasons for limiting the media in a European democratic society that the Baltic states claim to be?

- The denial of Nazi crimes should be punished, like the glorification of war criminals. But, apart from that, differing views on historical events have to be allowed in a democratic society. I’m not an expert in the events around the Vilnius TV tower in 1991 but I would encourage all sides to acknowledge that there can be differing views and discussion based on facts and not historical myths.

- And, in general, is it fair to limit the media, justifying the repressive measures towards it with combating the alleged bias, non-neutrality, one-sidedness, inaccuracy and the "Kremlin propaganda"? Is that how a modern European country, an EU member state should treat the media?

- During the current crisis in international relations – which, shall we not forget, had their origin in the EU and NATO meddling in Ukrainian internal affairs and the concurrent coup – the Western mainstream media have also proven to be constantly biased, non-neutral, one-sided and inaccurate. In Germany, this led to a massive wave of protest against the media, especially the public outlets. But the same journalists who do biased reporting on Eastern European affairs are fond of accusing other media outlets of being biased, non-neutral, one-sided and inaccurate. Hardliners in the political sphere follow their lead and sometimes encourage those views. I do not think that EU member states should treat media outlets in their countries like this.

- The Lithuanian TV and Radio Commission President Edmundas Vaitekūnas recently said that Russian-language TV channels RTR Planeta and NTV Mir Lithuania might avoid being shut down if they publicly admit that they were biased over Ukraine and apologize. It is fair for a media watchdog to do that, to demand someone to "admit his bias" under the threat of repressions?

- Similar things happen in Ukraine. Ukrainian authorities regularly bar Russian journalists from entry and exile them. In January, many Ukrainian officials, including the Head of National Security and Defense Council, called for the TV channel Inter's license to be revoked for airing Russian music shows on New Year's Eve, because the featured artists with "anti-Ukrainian views". Inter ultimately got slammed with a warning. What do you think about such actions?

- The situation in Ukraine is a catastrophe. After the coup d’état the freedom of expression is under constant attacks. Both elections under civil war circumstances last year showed that the ethnic and religious minorities in Ukraine show their growing disrespect towards the Ukrainian state. The low turnout in Transcarpathia, and the Southern and Eastern provinces proved that Ukraine is more and more defined as an ethnic state of the Ukrainian people.

I do not know what was taken as an example for the alleged "anti-Ukrainian views" by those people but I do think that the tendency to limit the freedom of expression in Ukraine has to be addressed and publicly debated in all European countries. This has to stop.

- The Baltic states often impose entry bans on media figures deemed "dangerous" and "unwanted". For example, last year Estonia didn't allow Giulietto Chiesa, a journalist and a former MEP to enter the country. Just recently, on 25 January, Anatoly Ivanov, the editor-en-chief of the Lithuanian news outlet Baltnews.lt was declared persona non grata in Latvia. How do you view these actions of the Estonian and Latvian governments towards journalists? Can they be regarded as violations of the freedom of speech and the media?

- I have heard of those cases, but I think that these administrative measures are incredibly stupid. Democratic societies have to live with differing opinions and views of the world. If the concrete actions of these “unwanted men” are against the law, then they have to be prosecuted by those countries, but this particular behavior is most cowardly. I do not read Baltnews.lt because I can’t read Russian, but I think that barring journalists from entering countries is a clear violation against the freedom of expression.

- In your opinion, why, instead of free competition of views and ideas, do the Baltic states and Ukraine prefer limiting the media, which doesn't support the government-backed agenda?

I’m not sure but maybe they are afraid. It is always easier to forbid the opinions, media outlets and views that do not fit into your mindset. But as I have already stated: these states have to work on their development as multi-cultural societies with many languages, cultures and religions. Multiculturalism is a benefit for every nation – in Eastern and in Western Europe as well.

- As you may know, Estonia and Latvia regularly host Waffen-SS legionnaires veterans' marches, while in Ukraine far-right organizations with open admiration of Nazism and Nazi collaborators operate freely. Why does it all get little attention and coverage in the European media?

- Yes, I know of these shameful demonstrations.

The German government – and the United States government, which acts similar – uses Eastern European right-wing forces as part of a geopolitical game against Russia.

Russian influence in all Eastern European countries shall be diminished, and in order to achieve this goal the governments in Berlin and Washington use fascists like the Svoboda party in Ukraine. In Latvia, the right-wing National Alliance is accepted by and doesn’t lead to protests from the German government or media outlets. They are needed by and accepted by the Atlanticist mainstream, and that’s why their role is downplayed. I condemn this tendency and always address this painful subject in my work – in the parliament, on demonstrations and in my writings. Fascists never shall be downplayed.

- Why, in your opinion, do the European media so rarely condemn and denounce the glorification of Nazism in these countries? What stops them from doing it?

- A problem in German media is that there aren’t many correspondents in the regions all over Eastern Europe. The correspondents, who are in these countries, are often very much involved in Atlantic networks and report about these regions from their narrowed view on the world. Because neoliberalism is not attractive in many countries, it seems the political Atlanticism has more and more allied with fascist and other right-wing movements in Eastern Europe, in order to mobilize people. They are needed as a frontline defense against the so-called Russian influence.

- Do you think that the European media silence about such movements poses danger to Europe itself?

The danger of the surge of right-wing forces in Europe is a big threat for societies in Europe. Elections in Hungary, Poland and Latvia, for example, have shown that out of economic discontent may lead to a rise of fascist and other right-wing extremist parties. This could ultimately lead to the destruction of the European Union and, I’m worried, maybe of the European security order as well.