Manolis Glezos: Even the Rocks Will to Hunt Them Down 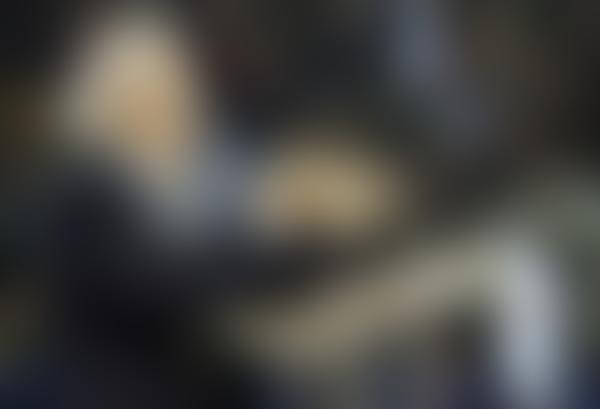 Manolis Glezos: Even the Rocks Will to Hunt Them Down

It is not long till the next 16 March, the Latvian Legion Day. At the meantime, there are calls to toughen the sanctions against Russia. RuBaltic.Ru discussed the sanctions policy of the Western states and the glorification of the SS legionnaires in the Baltics with Manolis Glezos, the Greek national hero and a member of the European Parliament. Glezos become famous during the anti-fascist resistance in WWII. On 31 May 1941, at nightfall, together with his fellow he climbed up on the Acropolis and tore down the swastika, hoisted by the Wehrmacht soldiers.

- What is your view towards the anti-Russian sanctions imposed by the EU and NATO countries? What interests do they serve, in your opinion?

First of all, all these sanctions have no justification. Additionally, they obstruct the evolution of Europe into an autonomous, self-governed and self-managed Europe; a Europe of its citizens; a Europe under the rule of the peoples and peace, where, of course, Russia also deserves a place as an equal member. In reality, the consequences of these sanctions are painful: they feed the hatred between the people and revive racist, fascist and Nazi abortions.  Europe, the one that the European citizens crave for and need, is definitely being damaged.

- Currently some European Union officials and heads of the member states call for tougher and additional sanctions against Russia. What is the sanction's goal, in your opinion?

All those who insist on more severe sanctions, not only do they not count the consequences, but additionally boycott every attempt for a political resolution of the existing problems. Apparently, the goal of all these sanctions is to oppose the accession of Russia to the European Union, in order to keep on controlling Russia and keep her submitted to NATO and the US. Furthermore, the quick reaction of the UK to condemn Russia is rather distinctive; at the same time the UK is the most ardent supporter of Turkey, who has been illegally possessing European soil for forty years, the North Cyprus. Thereupon, also note that the UK is… the guarantor power of the Republic of Cyprus!

- In modern Latvia and Estonia, the members of Waffen-SS Foreign Legions are hailed as war heroes. They participate in annual SS veterans' marches, and 16 March in Latvia is celebrated as Latvian Legion Day. Latvian and Estonian politicians attend their graves and mass gatherings. While the Soviet war monuments and burials are being vandalized, desecrated and relocated. What do you think about this?

Greece experienced the criminal and inhuman actions of Waffen-SS as well, the Distomo massacre in 1944. I myself as well have personal experience with the criminal elements, from which the Waffen-SS consisted of: while being a political prisoner in the Syngrou Prison in 1944, I witnessed weekly the Waffen-SS officers as they came to recruit the convicts, who served long sentences, unrepentant criminals. Countries, which honour the memory of Waffen-SS, do nothing more than to revive Nazism and its criminal acting against humanity.

They violate the very requirement of NEVER AGAIN, that was sent in one voice by the whole post-war Europe.

- In 1941, you have personally torn down the swastika from the Acropolis. Did you ever imagine that 70 years later the Nazi and fascist collaborators would be reburied with state honours, as it happens in the Baltic states today? How does it make you feel? Does anything like that happen in today's Greece?

What happens today is beyond comprehension. In Greece, the humanitarian crisis faced by our people today and the irrational austerity measures posed on them, unfortunately, have caused the reappearance of neo-Nazi and Nazi constructs.

However, even they are not openly daring to honour the memory of Waffen-SS and Wermacht. Should they ever do so, “even the rocks would rise to hunt them down” (a Greek saying).

- What do the SS legionnaires' marches in the Baltic States mean for the EU? Why does Europe tolerate them?

The leadership of the European Union is using these neo-Nazi powers in the Baltic states in order to fuel the hatred and to hamper the accession of Russia in the European Union. A Europe with Russia in its midst can create a rather hopeful future for our peoples. This is something that today’s powers in Europe try to obstruct in order to keep Europe under control of the US and chained to NATO.

- Do you sense the attempts to rewrite and re-evaluate the history of WWII in Europe?

Up until now, all attempts to distort historical facts and historical memory have been in vain, regardless where they came from. There is a Greek phrase that states: “lies have short legs”. This is why lies cannot walk enough to reach a long distance. Truth will shine and history will be restored, regardless if we are talking about the Salaspils death camp in Latvia, or the attempts of Polish officials to celebrate Victory Day on the 8 May in Westerplatte instead of the 9 May as celebrated in Moscow. There is no European from generations passed, that does not recognise the decisive involvement of Russia in the achievement of victory against fascism. This is what history wrote and it cannot be unwritten no matter what aspiring forgers of historical memory may attempt.

Manolis Glezos (born September 9, 1922) is a Greek left wing politician and writer, best known for his participation in the World War II resistance.